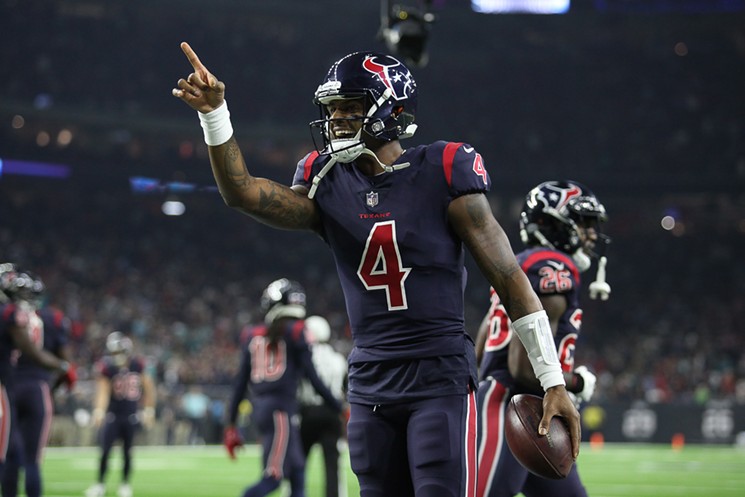 The Houston Texans have cancelled minicamp because Deshaun Watson storyline is still uncertain. The decision was made by head coach David Culley on Wednesday, and it has nothing to do with Watson’s position.

However, it kicks off the next chapter of the Deshaun Watson saga, which has the Texans quarterback embroiled in a sexual misconduct investigation and a desire to be traded out of Houston.

#Texans QB Deshaun Watson has been getting recruited by former teammates and countless players across the NFL, and he remains open to several options, including the #Broncos. But I don’t believe Denver is “where he wants to be.” Just one possible spot. https://t.co/rTXR4CCVJM

After a successful session of optional OTAs, Culley decided to cancel the mandatory minicamp. Culley stated, “We’ve accomplished what we set out to do.”

Is Watson going to play in the NFL this season?

Watson was not expected to attend minicamp since he is still facing civil lawsuits from 22 massage therapists who accuse him of sexual misbehaviour ranging from forceful oral sex to receiving coercive sex. Watson’s legal team admits that sexual interactions occurred, but insists that they were consensual.

Watson has told Denver safety Kareem Jackson that he wants to be moved to the Broncos, according to Jackson. Watson was a teammate of Jackson’s in Houston, and the two had a personal friendship.

Watson’s eligibility to play in the autumn is currently unknown. If a criminal case about the sexual misconduct charges does not render his NFL status irrelevant, the quarterback might be placed on the commissioner’s exempt list. Among the criticisms, Watson’s request for a trade and his situation with the Texans have taken a back seat.

Regardless, by cancelling minicamp, the Texans are avoiding a greater focus on the situation, even if that wasn’t the driving force behind the decision.

The Texans became the second team to postpone minicamp on Wednesday, with Kyle Shanahan of the San Francisco 49ers doing the same and stating a wish to give players rest between OTAs and training camp.

Houston Texans head coach David Culley said on Wednesday that the obligatory minicamp scheduled for next week will be cancelled. The first-year head coach told reporters that his staff and players had put in enough effort over the offseason program and ten OTA practices that he wanted to give them time off.

Despite the fact that workouts are optional, Culley said he’s pleased with the participation at camp. The majority of the big stars were at camp the last two weeks, and Culley believes he’s seen enough to take it easy before training camp begins.

“Our attendance here has been fantastic,” Culley added. We’ve accomplished what we set out to do.

Any player who would have chosen to sit out due to the cancellation of minicamp will no longer be penalized. This included quarterback Deshaun Watson storyline, who opted to skip OTAs and was not scheduled to attend minicamp.

Watson is still requesting a trade from the company. Currently, he is facing 22 civil lawsuits alleging sexual misbehaviour and assault from a variety of claimants, all of whom are represented by Texas attorney Tony Buzbee. In the spring of 2022, a court case is expected to begin.