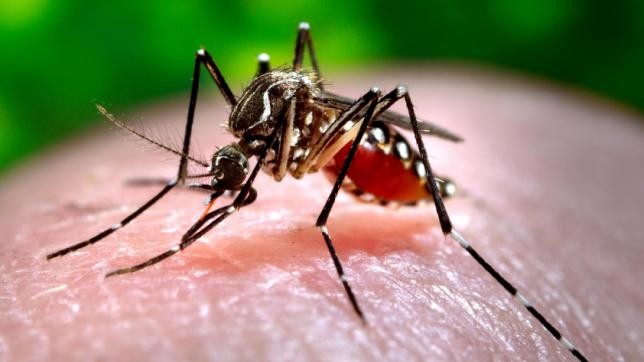 Scientists claim that a “groundbreaking” study that manipulates the insects that spread the dengue virus has reduced incidence by 77%.

They utilized mosquitos infected with “miracle” bacteria that inhibit the insect’s capacity to transmit dengue fever. The study, which took place in the Indonesian city of Yogyakarta, is now being expanded in the hopes of eradicating the virus.

According to the World Mosquito Programme, it could be a cure for a virus that has spread over the globe. Dengue fever was unknown 50 years ago, but it has now become a persistent, slow-burning pandemic with a huge increase in cases.

Only nine nations had major dengue outbreaks in 1970; now, up to 400 million people are infected each year.

Dengue fever is sometimes known as “break-bone fever” because it produces severe muscle and bone pain and can overwhelm hospitals in large outbreaks.

My main and insidious enemy

Mosquitoes infected with Wolbachia bacteria were employed in the study. Dr. Katie Anders, one of the researchers, describes them as “naturally extraordinary.”

Wolbachia does not hurt the mosquito, but it does congregate in the exact areas of its body where the dengue virus needs to enter. Because the bacteria fight for resources and make it difficult for the dengue virus to multiply, the mosquito is less likely to transmit infection the next time it bites.

Five million Wolbachia-infected mosquito eggs were employed in the study. Every two weeks, eggs were dropped in buckets of water across the city, and the process of infecting a mosquito population took nine months.

The city of Yogyakarta was divided into 24 zones, with mosquitoes released in only half of them.

Read Here: Conjunctivitis: Coronavirus and the effect on your eyes

When the insects were released, there was a 77 percent reduction in cases and an 86 percent drop in those needing hospital care, according to the findings published in the New England Journal of Medicine.

“It’s quite exciting,” Dr. Anders told the BBC. “It’s better than we could have hoped for, to be honest.”

The procedure has proven so effective that mosquitoes have been distributed around the city, and the initiative is expanding to include other areas in order to eradicate dengue fever in the region.

“This conclusion is remarkable,” said Dr. Anders, who is also the director of impact evaluation at the World Mosquito Programme.

We believe it will have an even greater impact if it is implemented in large cities around the world where dengue fever is a major public health concern.

How does Wolbachia affect this disease?

Wolbachia is also a master manipulator, able to change the fertility of its hosts in order to ensure that they are handed along to the next generation of mosquitos.

It means that once Wolbachia has been established, it should be able to guard against dengue infection for a long time.

Read Here: As Afghanistan fights the COVID outbreak, vaccines will be delayed

Other control strategies, such as insecticides or the release of huge numbers of sterile male mosquitoes, must be maintained in order to keep the blood-suckers at bay.

“We are thrilled with the success of this research,” said DrYudiria Amelia, the head of disease prevention in Yogyakarta City. We hope to see this strategy applied across Yogyakarta and then expanded throughout Indonesia.”

The trial marks a watershed moment in years of research since the insect that carries dengue fever, Aedesaegypti, is not ordinarily infected with Wolbachia.

Wolbachia could also be enough to entirely reduce dengue fever if it can be established, according to disease modelling research.

Other diseases conveyed by mosquito bites, such as Zika, yellow fever, and chikungunya, have “great potential,” according to David Hamer, a professor of global health and medicine at Boston University.