Rahul Vaidya had emerged as one of the most unbiased, straightforward and sane contestants of Bigg Boss 14, who had played with utter dignity and was never involved in any controversy. Rahul’s nature had won many hearts and what had gotten even more recognition was his sweet love story. Rahul had proposed to his girlfriend, actress, Disha Parmar, on national television on her birthday, on November 11, 2020. Even though Disha was not a part of Bigg Boss 14, she had become a topic of discussion amongst the contestants. The fans had even rooted for Rahul and Disha and had requested Disha to say ‘yes’ to Rahul’s proposal. (Recommended Read: Aly Goni And Jasmin Bhasin Leave For Kashmir For A Vacation, Pose Shyly For The Camera)

Disha had finally said ‘yes’ to Rahul’s proposal and now that the lovebirds have reunited, the rumours of their June 2021 wedding are clouding all over. Rahul Vaidya had organized a party in his house after emerging as the runner-up of Bigg Boss 14 with his friend, family, and lady love, Disha Parmar. Now, Disha has posted pictures from the same with Rahul. Scroll down to check it out!

A few moments ago, Disha Parmar took to her IG handle and posted two pictures. In the first picture, we can see Rahul and Disha giving each other a side hug and posing for the camera, while in the second one, Rahul planted a peck on Disha’s cheeks. Together, the couple looked adorable. Disha captioned her post as “My trophy is Home! @rahulvaidyarkv.” Rahul also posted the same pictures on his IG handle with the caption, “Back to my Direction (Meri Disha)#cutie.” 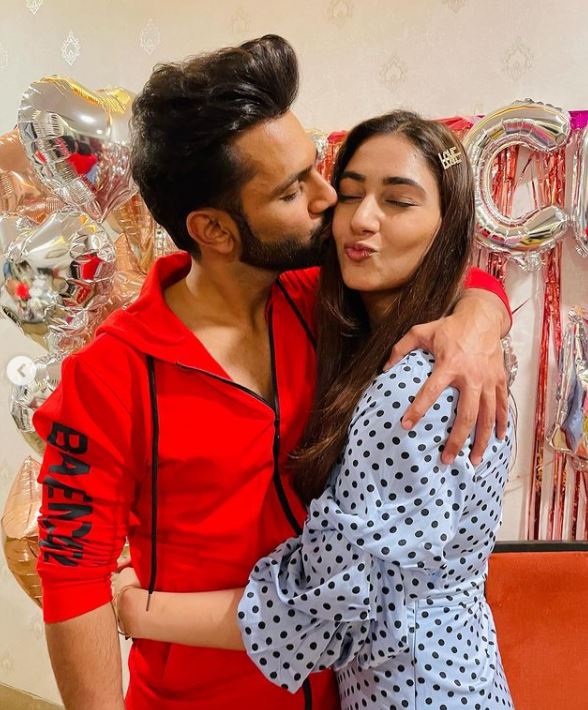 In another interview with ETimes, Rahul Vaidya had revealed the moment he had realised his love for Disha inside the BB house. He had shared, “I realised each and every emotion and relationship when I was inside the house. I would remember the person who would cook food for me at my house to every bond, relation and friend inside the BB 14 house. I realised that there is this beautiful person, girl Disha in my life, why not marry her. So that’s why I proposed to her on national television. She had once told me that if someone ever proposes to me I want it to be grand, par itna special ho jaayega woh usse bhi nahi pata tha…” 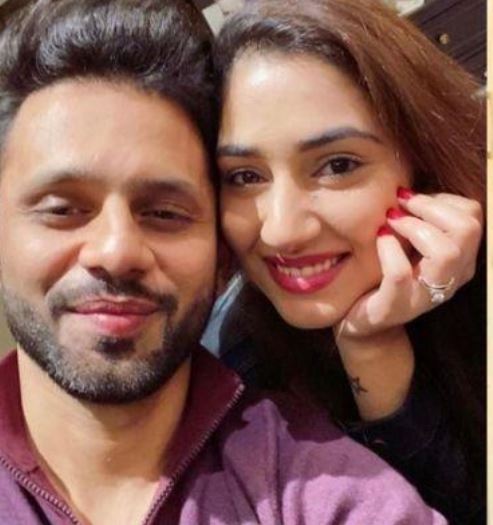 In a conversation with ETimes, Disha was asked about her upcoming June wedding with her Mr Right, Rahul Vaidya. The actress had seemed to be a little shy to talk about it and had shared that she will talk about it when she is ready to talk and when the time comes. She had said, “Look, I will speak on this when I am ready. I shall talk when the time comes. I will say a lot about it then.”