While a list of probable contestants, who would enter the ‘Bigg Boss 15’ house is doing the rounds, Ankita Lokande and Rhea Chakraborty’s names are also coming up. Check details! 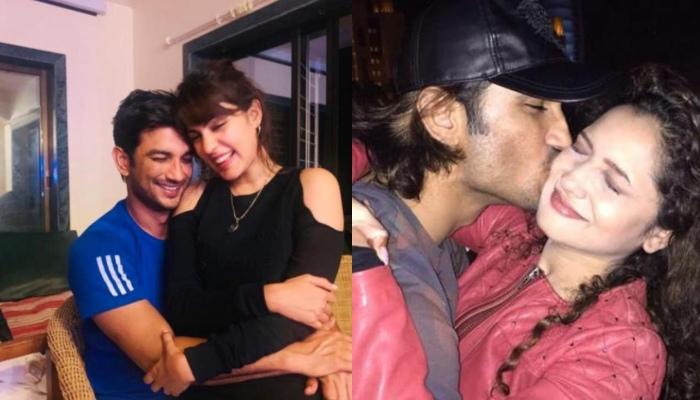 Rhea Chakraborty, who was actor, late Sushant Singh Rajput’s girlfriend, and his ex-girlfriend, Ankita Lokhande seem to be at loggerheads since the demise of the actor. While on one hand, Ankita Lokhande had stood beside Sushant’s family after his death and had refuted the reports of his suicide, she had indirectly hinted towards Rhea as she had a firm belief that Sushant cannot commit suicide.

Sushant had met Ankita on the sets of the daily soap, Pavitra Rishta and the duo had started dating back then. However, the couple had broken the hearts of millions of fans as they had parted ways in 2016. After that, Sushant made a successful career in Bollywood and was often linked up with his female co-stars. However, the Kai Po Che actor had fallen for actress, Rhea Chakraborty and the two were spending a good phase together. But destiny had something else in store for them as Sushant was found dead at his Bandra apartment on June 14, 2020.

On June 14, 2021, i.e., Sushant’s death anniversary, both Ankita and Rhea had taken to their respective social media handles and shared memories of the late actor. Rhea had penned a heartwrenching post for him along with the picture. She had written, “There isn’t a moment where I believe that you aren’t here anymore. They said that time heals everything but you were my time and my everything. I know that you are my guardian angel now -watching me with your telescope from the moon and protecting me. I wait for you everyday to come pick me up, I look for you everywhere – I know you’re here with me.”

Rhea also shared that how it breaks her to think of him and yet he is not there around her. She had added, “It breaks me every day, then I think of you saying –“ you’ve got this bebu” and I carry on to the next day. A barrage of emotions cross my body every time I think of you not being here. My heart aches to write this , my heart aches to feel anymore..There is no life without you ,you took the meaning of it with you. This void cannot be filled.. Without you , I’m standing still.. My sweet sunshine boy, I promise to give you ‘Malpua ‘everyday and read all the quantum physics books in this world- please come back to me. I miss you my best friend, my man , my love.. Bebu and putput forever.”

On the other hand, Ankita, who had played the role of ‘Archana’ opposite Sushant, who had played the role of ‘Manav’ in Pavitra Rishta, had shared two throwback videos. One of the videos had comprised of their old pictures and the actress had recalled those old times with him. Alongside the video, she had written, “14 June This was our journey !!!! Phir milenge chalte chalte.”

Another video was a throwback from Diwali 2011, where Sushant and Ankita were seen dancing and enjoying themselves. She had captioned the video as “Left with these memories only. U will always be loved and cherished. Diwali 2011.” It is understandable that Ankita was going through a tough time that day as she was remembering him.

Though Rhea has neither confirmed nor denied the reports of entering the Bigg Boss house, a new list has come up that has Ankita’s name in it.